Born with a potentially fatal heart defect, this brave baby looked fate in the face and said "no thanks." 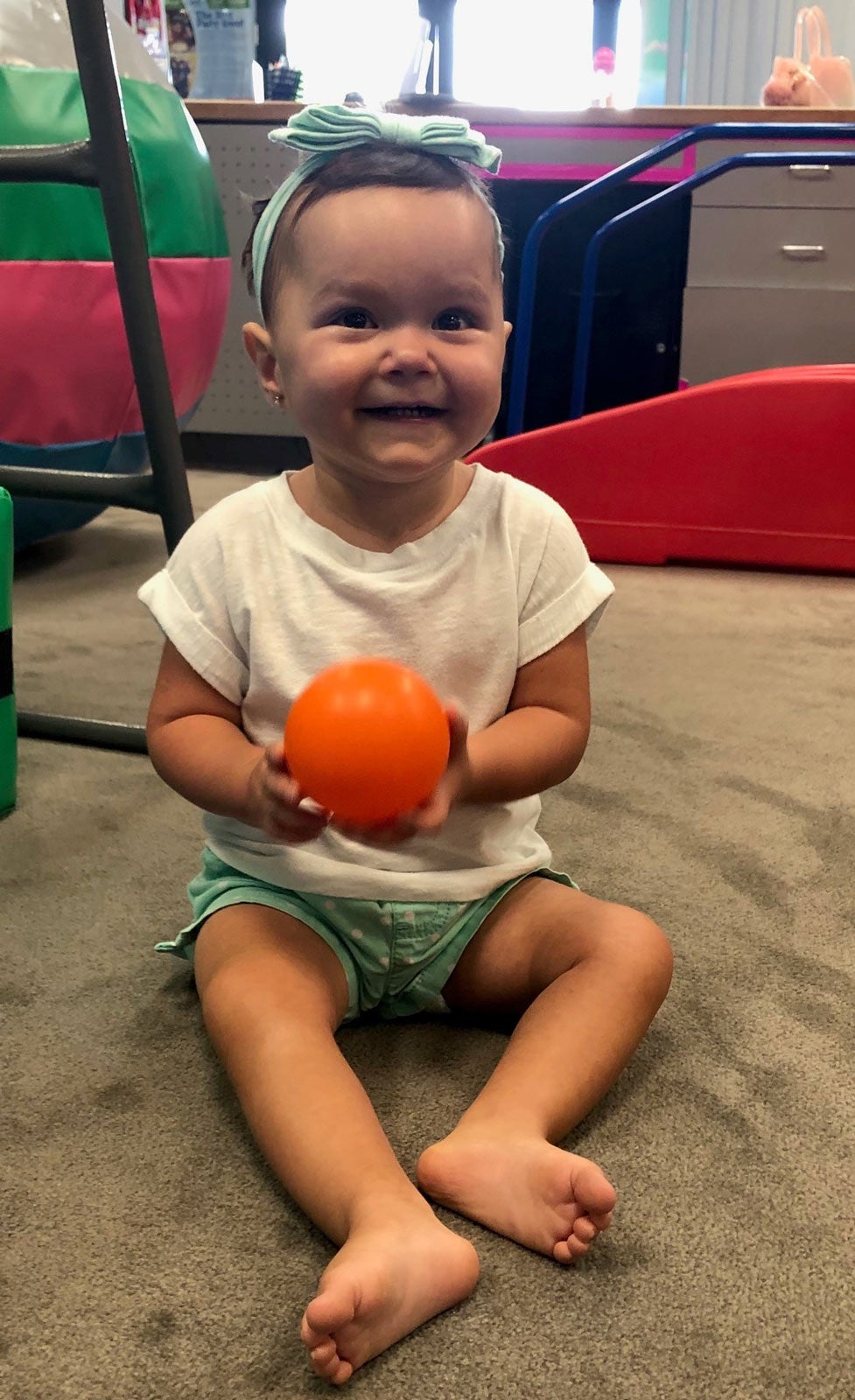 Charlotte was born with a severe congenital heart defect.

Plan A for Baby B

Jessica and Marc Marra had a choice to make. In the spring of 2017, four months into Jessica’s pregnancy carrying twin girls, a routine ultrasound revealed something alarming: Charlotte, a.k.a. "Baby B," had a severe congenital heart defect called hypoplastic left heart syndrome (HLHS). The malady was a mouthful; the prognosis was precarious.

Most of the left side of Charlotte’s heart never formed, which made it difficult for her ticker to properly pump blood throughout her body. Worse, the tiny passageway in Charlotte’s heart that needed to stay open for her to grow was in danger of closing. If it did, she wouldn’t survive birth or have a shot at the life-saving surgeries for treating HLHS.

It was a lot for Jessica and Marc, both young attorneys at the same South Florida law firm, to process. But Charlotte’s diagnosis was an inflection point: They could either give in to the grim odds and terminate the pregnancy or pour themselves into the fight to save their daughter. "Growing up, I watched my mom kick cancer’s butt on and off for 30 years," Marc says. "And I never once saw her cry, complain, or say, 'Why me?' She did it all with a smile on her face. So I carried that over into our situation with Charlotte."

So the Marras—and Baby B—soldiered on. But that September, tragedy struck: Baby A’s heartbeat didn’t show up during Jessica’s 31-week ultrasound. "To this day, we don’t really know what happened," says Jessica. She and her husband barely had time to grieve before Charlotte arrived five days later, two months ahead of schedule.

Weighing in at just 3.1 pounds, doctors deemed Charlotte much too small to safely undergo the Norwood procedure, the first of three open-heart surgeries for HLHS patients that’s typically performed shortly after birth. Instead, after three days, the docs at Nicklaus Children’s Hospital in Miami opened Charlotte’s chest and placed bands on her pulmonary arteries to help boost blood flow to her lungs. It was a stopgap solution until she was stable enough for the real thing. 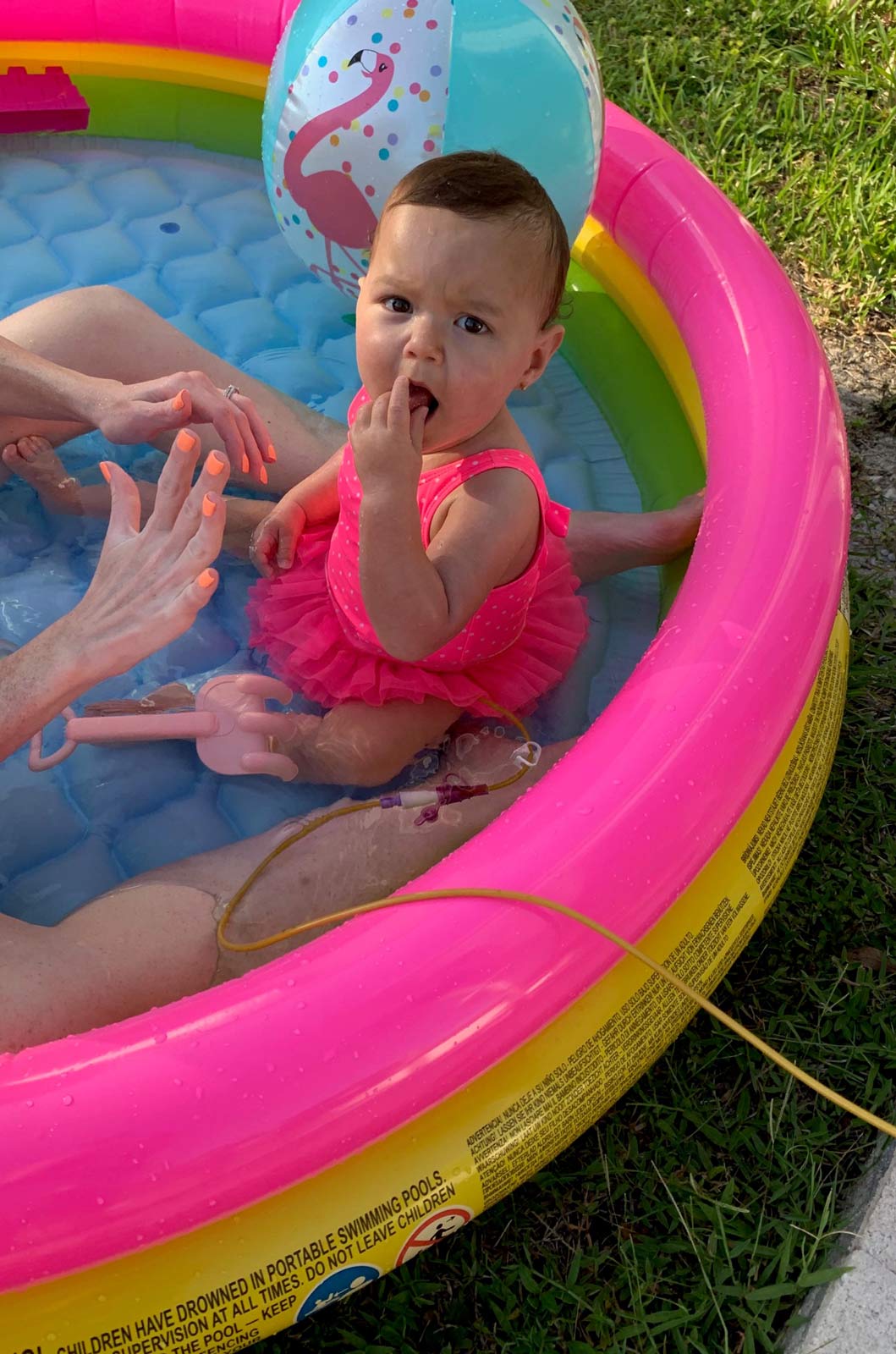 Despite incredible odds, Charlotte and her parents continue to fight.

Fighting for the future

For the next 226 days, the Marra family remained holed up in the ICU as Charlotte underwent various procedures, including multiple angioplasties and eventually the Norwood in March 2018. Despite being poked, prodded, and hooked up to hospital machines most of the time, Charlotte was a trooper.

"The moment that really sticks out in my mind is when she was getting a new PICC line placed one night at 2 a.m.," says Marc. "She turned to me and smiled as a person was literally putting this tube through her arm. That just speaks to Charlotte’s strength."

If a baby could show that kind of courage in the face of adversity, then so could her parents. With each new hurdle that Charlotte hopped over, the Marras found themselves raising awareness for HLHS and other congenital heart defects. Once again, they chose to stand on the frontlines in support of their daughter—and all children battling similar conditions—instead of sitting on the bench.

For Jessica and Marc, that meant sharing Charlotte’s stories, struggles, and smiles on Instagram; passing on pointers to parents in Facebook groups; forming a South Florida chapter of the Pediatric Congenital Heart Disease Association; and speaking at cardiology conferences.

The big challenge for kids with congenital heart disease is making people realize that they are never "fixed," Jessica states. "The numerous life-threatening surgeries are a Band-Aid to a still-broken heart," she explains. "A lot of these kids end up on transplant lists. This is something I try not to think. We raise our voices so that, when I have no choice but to think about it, there will be something besides a transplant that can fix it."

In the meantime, Charlotte continues to fight. In September 2018, at one year-old, she successfully underwent her second major open-heart surgery. Charlotte won’t have the final surgery until she’s at least three, and until then, she’s learning how to live in her growing body and rolling with the punches as they come.

For example, Charlotte has received the bulk of her nutrition through a feeding tube since birth. But the formula she used following her Norwood procedure was causing nasty side effects, such as vomiting. After her doctor suggested a switch to Kate Farms, some symptoms began to improve, and she crucially put on the additional weight she needs for future surgeries.

Jessica has an explanation for the turnaround: "The ingredients in Kate Farms are much better for her," she says. "We’re not dealing with whatever was in that other stuff anymore."

It’s one more choice the Marras have made to help Charlotte thrive, and they hope parents and caretakers in their shoes follow their lead. "Whatever your situation," Jessica says, "it’s best to immerse yourself in the world that you’ve been forced into. For us, we never really had to think twice about it."