Dahkota Pinkerton: "I Used to Feel like a Ghost"

What seemed like a simple stomachache turned into a mystery that stumped doctors for six years. 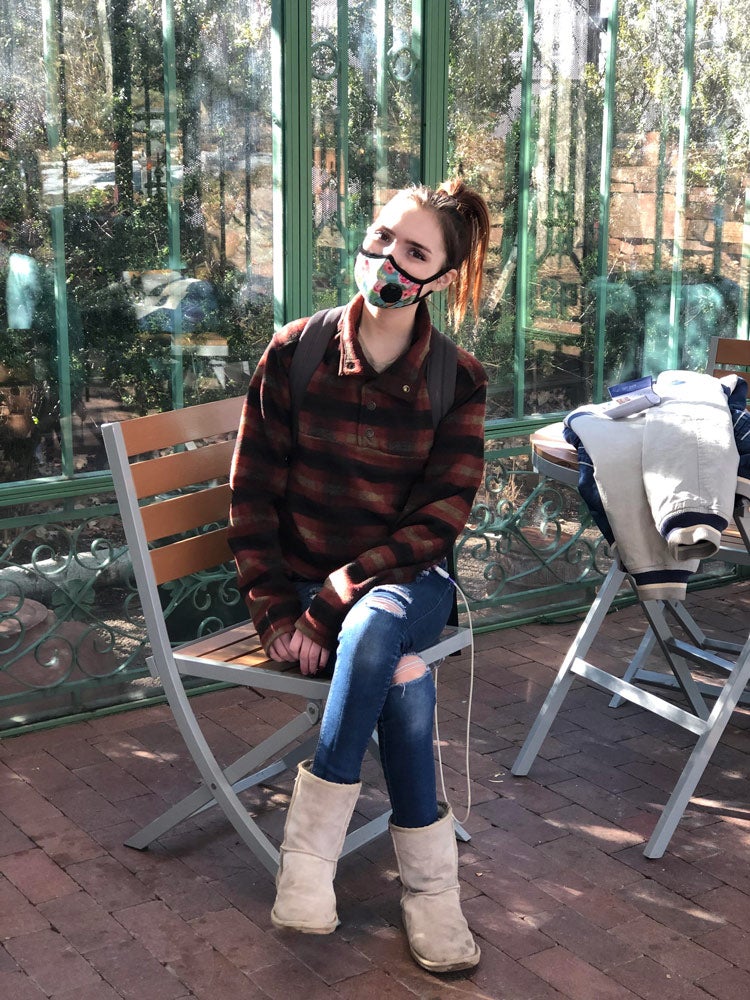 The root cause of Dahkota's illnesses remains unknown.

It was an ordinary Sunday in December, and 10-year-old Dahkota Pinkerton was standing on the staircase, clutching her stomach. "Mom, I don’t feel good," she said.

Dahkota’s mom, Traci Pinkerton, has five other children. Having dealt with their various childhood illnesses over the years, she figured Dahkota had the sort of harmless bug that besets all kids at some point. She would have never guessed that she and Dahkota were about to embark on a years-long battle against a host of mystery illnesses that threatened to take her daughter’s life.

The next day, Dahkota was doubled over in pain. Bruises began showing up all over her body, and every time she tried to eat, she puked. Doctors couldn’t diagnose the problem, and simple triggers like loud noises and offensive odors started causing severe hives. Violent reactions become so frequent that Traci began keeping packed bags by the door, just in case they had to dash out to the emergency room. She moved the family from their home in Mesa, Arizona, to a quiet plot outside of town, and she quit her job of 13 years to tend to her daughter’s needs.

"Before everything started, Dahkota was a normal kid," says Traci. "She went to school, played, swam, ran. There were no signs of anything strange." But over time, her daughter detoured from the path of a normal child. Dahkota even developed a new vernacular to describe her suffering: "I have a stabbing pain, a pinching pain, a burning pain, and shocking pain. I like to describe it like there are little people inside me, doing what they can to get out. I’m at a pain level of 7 every day."

Perhaps the thing that’s most frightening to Traci is how quickly the problems attacked. "You hit yourself on the head and go, 'Did I see any of this coming on?'" the mother asks. Then, answering her own question: "Nope, I didn’t see anything."

A disease without a name

Dahkota’s illness continued to stump doctors. One specialist implied that Dahkota’s bruises were self-inflicted. Another accused her of being anorexic and bulimic. "But I want to eat food," Dahkota insisted. "I just can’t keep it down." She was dismissed over and over, with one pediatric pain doctor telling her coldly: "You’re 10 years old. Buck up and get on with your life." To Traci and Dahkota, it seemed nobody would take them seriously.

After bouncing from doctor to doctor, a specialist at UCLA finally diagnosed Dahkota with mast cell psychosis. That evolved into mast cell activation syndrome, and in the years that followed, it was joined by diagnoses for gastroparesis, postural orthostatic tachycardia syndrome, Ehlers–Danlos syndrome, and fibromyalgia.

Dahkota’s also been diagnosed with complex regional pain syndrome, visceral hyperalgesia, visceral sensitivity, osteoporosis, and more. Her joints, blood vessels, and digestive tract all seem to be attacking her. And there doesn’t seem to be a root cause.

Early in her battle, Dahkota began receiving calories by way of standard formula ingested through a gastrostomy-jejunostomy (or G-J) tube. But her body weight continued to drop. Along with it, her skin became pale and her hair started falling out.

Dahkota eventually found a group of doctors in Colorado who were willing to join her in battle, rather than look for easy solutions and point fingers when those solutions failed. "These ladies were so interested in Dahkota’s story," says Traci. "They’d never met someone with gastroparesis so bad that they couldn’t eat anything at all."

At one point, the doctors suggested surgically implanting a gastric pacemaker, which uses electrodes to send shockwaves to the stomach. In theory, that should jumpstart Dahkota’s digestive muscles. "I was excited," says Dahkota. "Everybody was like, 'It’s going to work! It’s going to work!'"

But it didn’t work. When the doctors installed the pacemaker, pain shot through Dakhota’s body and she vomited on the wall. They had to remove it immediately. "That’s when I was starting to lose hope," says Dahkota. "Every time they say something’s going to work, it doesn’t for me."

In March, one of her Colorado doctors suggested Kate Farms. They added a few tablespoons of Peptide 1.5 into her daily feed, and every three days, they bumped it up. "I didn’t want to get my hopes up again," says Dahkota. "But I could tell that my body was accepting it. I wasn’t feeling sick or hungry like I used to be."

For three years, Dahkota’s weight stayed solidly below 100 pounds. She didn’t like to look at herself. "My eyes were sunken into my head," she says. "You could see every bone on me." But now she’s 111 pounds. Her hair’s coming back, she has energy, and her skin has taken on a healthier coloring.

Most importantly, her optimism is up. "I used to feel like a ghost, like life wasn’t real," she says. Now she’s reanimated, attending church with her mom and watching movies with friends again. She’s not back in school yet (she’s working on her GED from home), but she was recently able to attend her high school prom.

"I feel healthy," she says. "Without this I truly believe that I would be dead by now. And I’m not joking. I’m so happy it makes me want to cry."

The battle is far from over. Dahkota still occasionally vomits. And in addition to her GJ tube, she has to go for infusions twice a week for a disease called Parks, which prevents her from staying hydrated on her own. She wears a mask to block environmental irritants that could trigger a dangerous reaction, receives blood work every two weeks to manage blood clotting, and flies to Colorado every three months for appointments with specialists.

But she’s no longer spiraling. The worst, it seems, is behind her. It’s been six years since that morning on the stairs. And nothing makes Traci happier than seeing her daughter take a turn for the better. "She has been so weak for so long, and now her energy level is up," she says. "In this next year, I think we’re going to see a whole other change. I think her healing is just beginning."