Her life began with short bowel and long odds. But with help from Kate Farms, she’s now a normal kid who eats differently. 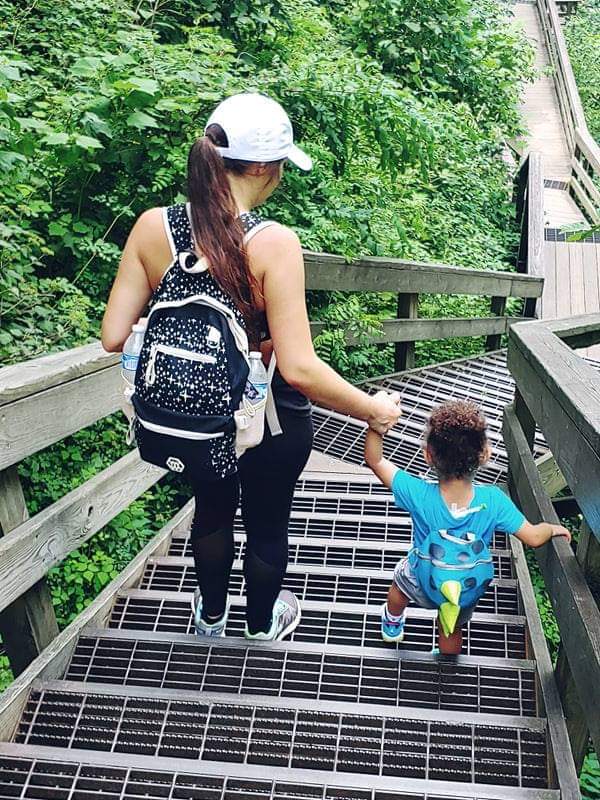 Lylliahna Estrella’s intestines began to die the moment she was born. The doctor rushed her from the delivery room and began prepping for transport to the children’s hospital 45 minutes away.

The emergency evacuation was terrifying, but not a surprise. Early during her mother Roxanna's pregnancy, after an ultrasound, a nurse reported that Lylli had gastroschisis. Her abdominal wall wasn’t closing properly, so her intestines were developing outside of her body.

A pediatric surgeon laid out two scenarios for Lylli’s birth. The infant might spend a few days in the hospital while doctors packed her intestines back inside her little body. Or her intestines could die. "Then you’re basically planning her funeral," the surgeon said, somberly.

Thirty-six hours later, Roxanna held Lylli for the first time. It was an emotional moment, one she was reveling in when a nurse practitioner pulled her aside to explain the severity of the situation. "Lylli lost the majority of her small intestine," said the nurse. "She now has short bowel syndrome."

Roxanna nodded, trying to listen while comforting Lylli. The child would require a TPN (total parenteral nutrition) line to bypass her digestive tract, said the nurse. And that would come with a risk for liver disease and line infection, both of which could be extremely dangerous to an infant.

"This is going to be a really hard road," said the nurse. "So we can continue our treatment, or you can decide to take her off of her TPN…" her voice lowered to a quiver, "and let her pass away." The sentence landed with a thud. It was disturbing, and Roxanna wouldn’t consider it. "I just carried this kid for nine months," she replied. "That is not an option."

Roxanna began spending most of her days at the hospital, and she delighted in Lylli’s improvements. The baby’s small intestine grew eight centimeters in her first three months. Keeping Lylli’s digestive system active was critical to long-term viability, so the hospital put in a G-tube where they could deliver food straight to her gut. Roxanna took classes on caring for a child with a short bowel, and after spending four months in the hospital, Lylli was finally cleared to come home.

She was doing great, and at 9 months, she began eating solid food. "I’d give her black beans one at a time, and she would eat like 20," says Roxanna. "I always counted them." Then came trouble—the kind the nurse had warned about. Two weeks after her first birthday, Lylli’s TPN line grew infected. She spent two weeks in the hospital receiving IV antibiotics. When she returned home, the infection returned.

"Boom, we’re back for another two weeks!" says Roxanna. Then there was a round three. "Our whole summer was spent at the children’s hospital," she says. The problem wasn’t just inconvenient. The drugs that were saving Lylli’s life were also nuking her digestive system. "Antibiotics destroy your gut bacteria," says Roxanna. "And it destroyed the villi in Lylli’s intestines." Villi are the little fingers that push food toward the colon and deliver enzymes required to break down food. Attacked by antibiotics, Lylli’s had grown brittle. As a result, her body began rejecting food.

"There were times where she would be vomiting throughout the day," says Roxanna. She woke up puking in the night, and she was having bloody stools. The baby was losing calories that she desperately needed. And she was suffering. Roxanna, herself an on-and-off vegan, started to examine Lylli’s formula. It contained things like milk protein, which Roxanna guessed might be aggravating Lylli’s gut. So she began a hunt for plant-based feed, which led her to Kate Farms.

"I read the story about Kate, and I was like, I’m going for it," she says. "It’s got to be better than what we’re doing now. I just can’t keep waking up at four o’clock in the morning in a puddle of throw up."

Lylli started on Kate Farms Peptide 1.5 formula. Almost overnight, she stopped vomiting. A week later, at a doctor’s appointment, everybody was surprised to discover that the short-gut baby had actually gained two pounds from her previous visit. The tide had shifted, and roughly a month later, she was tolerating her G-tube feedings so well that her doctor agreed to begin weaning her off the TPN line.

First it was a four-hour break. Then eight hours. And recently, doctors told Roxanna that Lylli could go 14 hours a day without using her TPN. They now use it only at night. The rest of Lylli’s nutrition comes from Kate Farms.

A future with real food

In a sign of healthy digestion and development, Lylli recently put on another three pounds. She’s on Kate Farms Standard 1.0 formula now, and she’s still working toward oral ingestion. She’ll eat salty foods like Cheez-Its and Saltines, and oddly, she loves pickles, lemons, and limes—anything acidic.

When Roxanna let her lick maple syrup off a spoon, Lylli gagged. Roxanna laughs remembering the moment. "She’s not big on the sweet stuff," she says. Eventually, Roxanna hopes Lylli will be completely done with the TPN. Then they’ll build up her gut health so that she can one day eat all her food orally. It’s a slow process, but the signs of progress are there. Lylli is by all accounts a happy, healthy child. She plays with toy cars. Marvels at dinosaurs. Jumps on her mom’s bed. She’s a normal kid; she just eats differently.

Sometimes Roxanna thinks back to that moment at the hospital, when she was given the option to let Lylli pass away. The nurse who delivered the news was herself visibly pregnant and fighting back tears. It was terrible for everybody.

"They have to provide the option because this kind of medical problem is not for the weak-minded," says Roxanna. "But I look at Lylliahna now. I look at her personality, and how funny she is." Life without her is unimaginable. "I would do anything for this child," says Roxanna.