This nine-year-old isn’t waiting for the world to notice her. She’s making it. 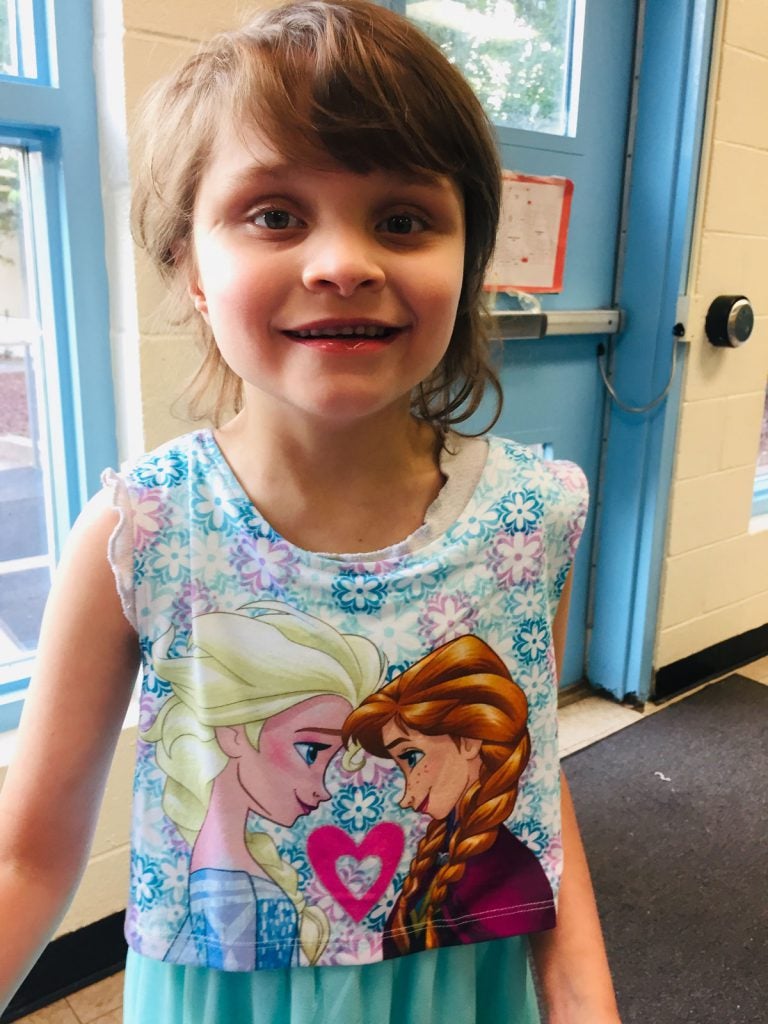 "Remember that your glass is half full."

Is there a more annoying aphorism for somebody going through a real-life challenge? But every once in a while, you meet someone who actually embodies that spirit, who somehow only sees the positive in their world and hardly notices the negative.

Maggie Vladyka is just such a woman. As is her daughter, a remarkable nine-year-old named McKenna. Maggie, 44, isn’t shy about discussing the struggles of raising a daughter with a rare chromosome disorder. But she never frames it as a struggle. Even her stories about the hard times and uphill battles are filled with laughter and joy and some pretty epic-sounding Frozen dance parties.

"She’s obsessed with Frozen," Maggie says of her daughter. "Anytime it’s on, she dances in front of the TV and jumps and squeals with delight." When the pair reenact the plot, McKenna is always Anna.

"She lets me be Elsa," Maggie says. "And the dog is Sven, the reindeer."

Which isn’t to say it’s been easy. Even bringing McKenna in the world is a wild tale that Maggie likes to preface by saying: "I swear to you, I’m not making any of this up."

Maggie and her husband, both from New Jersey, had no luck getting pregnant on their own. Fertility treatments led to more disappointment, with six heartbreaking miscarriages before they eventually decided to give up.

Years of disappointment, along with her decision to take a break from fertility treatments, meant pregnancy was the last thing on her mind. So when she did get pregnant, she didn’t realize it until well into her third trimester.

No, that’s not a misprint. Her third trimester.

"I’m a college-educated woman," says Maggie, who was 34 at the time. "You’d think I’d know I was pregnant." Her own doctors missed it until she came in with a curious stomach distension that she says "looked like I had swallowed six to eight pumpkins."

After an ultrasound—which she was pretty sure would come back with a cancer diagnosis—her doctor announced that she was not only pregnant, but just weeks away from giving birth.

Even after her arrival, McKenna wasn’t about to make things easy for her parents. She was born with meconium aspiration, a syndrome in which a newborn has ingested fecal matter during or just before birth.

"She had eight minutes of CPR in the delivery room and they brought her back," Maggie recalls of that stressful day. "Within 24 hours, we went from our small hospital in New Jersey to the Children’s Hospital in Philadelphia."

To break up the congestion in her chest, McKenna was given a nasogastric tube (or NG tube). Tests revealed that she had 18q syndrome, a chromosomal condition in which a piece of the long arm of chromosome 18 is missing.

As her parents looked for the best treatment options, they transferred between numerous hospitals across several states. "I tell everyone I birthed a rock star," laughs Maggie. "She immediately went on tour." 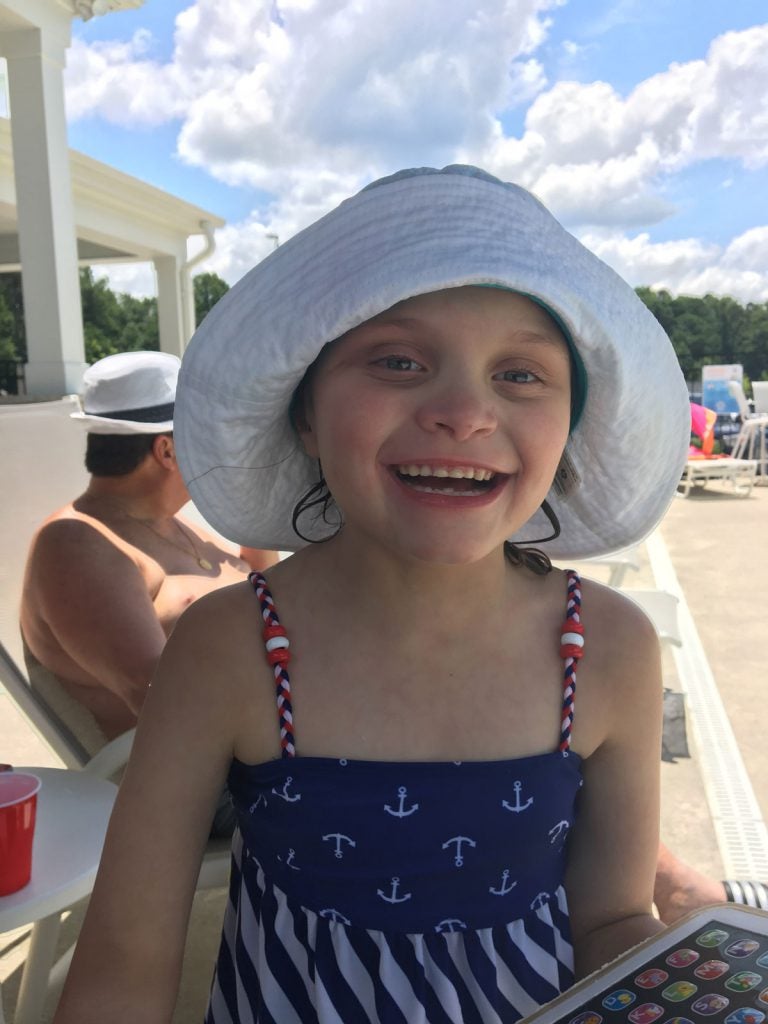 McKenna was given a "scary-looking G-tube [gastrostomy tube]," Maggie says. "We tried a bazillion different formulas to help her gain weight, and I was never really happy with any of them. She was either too gassy or when it spilled on her skin, it would give her a rash. If that’s what it was doing to her outside, I don’t even want to know what was happening to her insides."

They decided on Kate Farms Pediatric Peptide 1.5. Not just because it helped McKenna gain weight, but she also enjoyed it. "She doesn’t say it in words, but she lets you know what’s going on," Maggie says. "Nonverbal does not mean no communication."

After a search for better schooling and medical options for McKenna, they settled in Knightdale, North Carolina. "It’s like a medical Mecca," Maggie says. "And I love the school system. She takes riding lessons and ballet classes and she’s in the classroom now where she gets one-on-one ABA [applied behavior analysis] therapy."

Acceptance: The propulsion fuel for parents

The biggest lesson she’s learned as a parent, Maggie says, is to accept the cards you’ve been dealt, not the cards you hoped for.

"If all of a sudden you have a special needs kid, you have to mourn the kid that was in your head," she says. "I can’t make this child live up to expectations of a fantasy. Only when you let that go can you appreciate the child that you’ve been given."

And the child you’ve been given can be pretty darn amazing. Especially if she forces you to sing and dance every day. "I’m not always in the mood to jump off the couch and dance around the room to Frozen," Maggie says. "Until I see that big smile on her face."

She’s suspects there might be significance to why McKenna gravitates toward Anna and not the Frozen sister with the more show-stopping number, "Let It Go." Sure, Elsa is the character that more young girls identify with, but there’s something about Anna that rings true for McKenna.

"For the first time in forever…" begins Anna’s big song. "Nothing’s in my way!"

"Anna is very isolated and I think on some level maybe that’s what speaks to McKenna," Maggie says. "Anna wants to be noticed, and I think McKenna wants the world outside of our house to notice her."

Not her syndromes and disorders, Maggie clarifies. "McKenna wants the world to notice her."