Getting Dustin Webb’s nutrition right has taken years of trial and error. Here’s what his mom, Anne, has learned along the way. 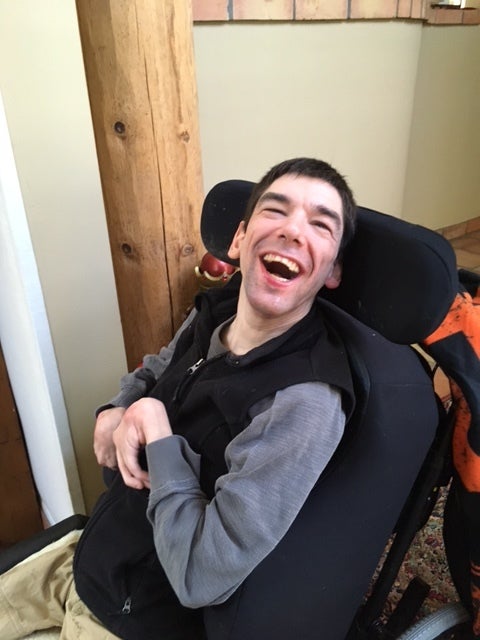 "Am I overwhelming you?" Anne Webb asks. We’ve just met and she’s telling me about her son’s undiagnosed GI bleeding and bowel obstructions. "I know it’s a lot to take in," she says. "And it doesn’t give you a very good picture of what an awesome guy Dustin is."

Any mother raising a child with special needs realizes exactly what she means. You know your son or daughter is remarkable, but their disability sometimes steals the focus. Dustin, 36, who lives with Anne and her husband Don in Sacramento, California, has severe cerebral palsy.

And nine years ago, he developed gastrointestinal bleeding, which required the surgical removal of his stomach and a section of intestine. "He can’t walk or talk, and on top of that, he doesn’t have a stomach," Anne says. "He doesn’t need a colonoscopy bag or anything, but it’s still a nutritional challenge. Without a stomach, he can’t store or digest food like most people. So he has to eat like a bypass patient every two hours."

It’s been a challenge for the entire family, but when talking to Anne, there’s no trace of self-pity or frustration in her voice. She sounds downright joyful, and even has a healthy sense of humor. She mentions how during a recent ER trip, the doctor’s only comments on Dustin’s discharge papers were "Good luck to you." Anne laughs long and hard at the memory. "Bless their hearts," she says. "I know Dustin can be overwhelming. It sometimes seems like luck is the only thing you can depend on, but you really have more control than that."

Finding control in the overwhelm

Here are just some of the secrets that Anne and her family have learned about keeping Dustin healthy, and themselves sane.

#1: Doctors are well-meaning, but not all-knowing

After Dustin’s abdominal surgeries, the nutritional guidelines provided by the hospital were little more than a one-page handout. "It was just eat these kinds of foods, chew really well, eat every two hours," Anne remembers. The hospital dietitian also recommended that Dustin start drinking a popular meal replacement shake, but the sugar content was too high. "Because he doesn’t have a stomach, food goes into his system very quickly," she says. "It would make his blood sugar spike and then drop very fast."

For Anne, it was a real lesson in not blindly following the nutritional advice of others. "All the doctors and nutritionists who’ve helped us, they’re all well-meaning, but that doesn’t mean we should take their advice as gospel," she says. "You need to do the homework and make the smartest decisions for your particular situation."

#2: Just because it’s healthy, doesn’t mean it’s giving your body what it needs

Even when Anne prepares a meal for Dustin that she knows is nutritionally sound, like salmon and vegetables, "I’m not sure how much of the nutrients he’s absorbing," she says. "If it’s not in liquid form, it’s not really digesting in a way that works with his digestive system now. I’m always wondering, how much of that protein is actually getting through?"

Her son’s unique digestive system has changed the way she thinks about nutrition. "What works for one person isn’t going to work for another," she says. "You have to think about the whole person, and what they need, not just the conventional wisdom about what foods are healthy that we all take for granted."

Anne eventually settled on Kate Farms for her son’s nutritional needs because it’s all natural, doesn’t spike blood sugar, and provides complete nutrition in every bottle. Knowing this made her feel more comfortable, but the transition was still a challenge.

"What’s hard for us to see in another person, especially someone who can’t verbally communicate, is what their insides look or feel like," she says. "Dustin has had these surgeries on the inside, but he looks pretty much the same on the outside." It must feel odd, she says, to swallow food "when you have no stomach and your connection basically is from your esophagus down to your intestines. Eating food is a very different experience for him than it is for you and me."

So how does she know that he’s feeling satiated? "His smile," Anne says. It’s an answer that any mother will immediately understand. "That smile means it must taste fine to him, and more importantly it must feel fine to him," she says. "It’s making his body feel better, and it’s not giving him the shakes. That’s what really matters."

#4: Don’t be afraid to break the rules

When all you’re doing is eating to stay alive, life can get a little boring. But Anne always finds a way to keep it interesting for Dustin. "When he gets all the nutrition he needs, we call it 'party in your mouth' time," Anne says with a laugh. "That’s when we bring out the cake and ice cream."

The joy of sneaking empty calories is what Kate Farms has given back to her, she says. "The freedom to not be worried about the nutritional value of every last bite. When that stress goes away, you find ways to have fun." 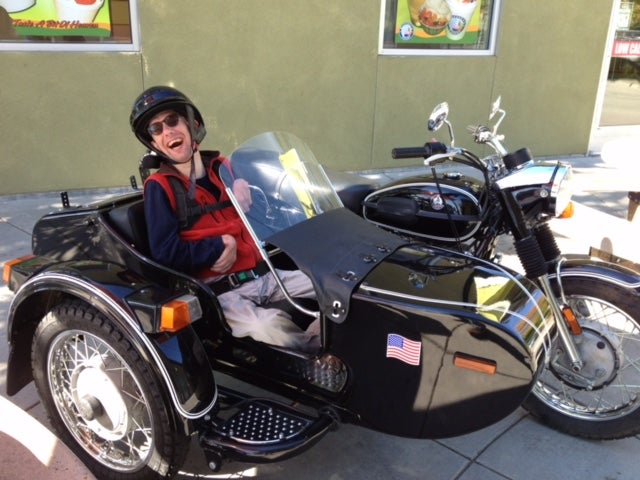