Steve Chadwell: How to Find Your Hope

Horrible luck robbed Steve Chadwell of his livelihood and health, but the last thing on his mind is what he’s lost. 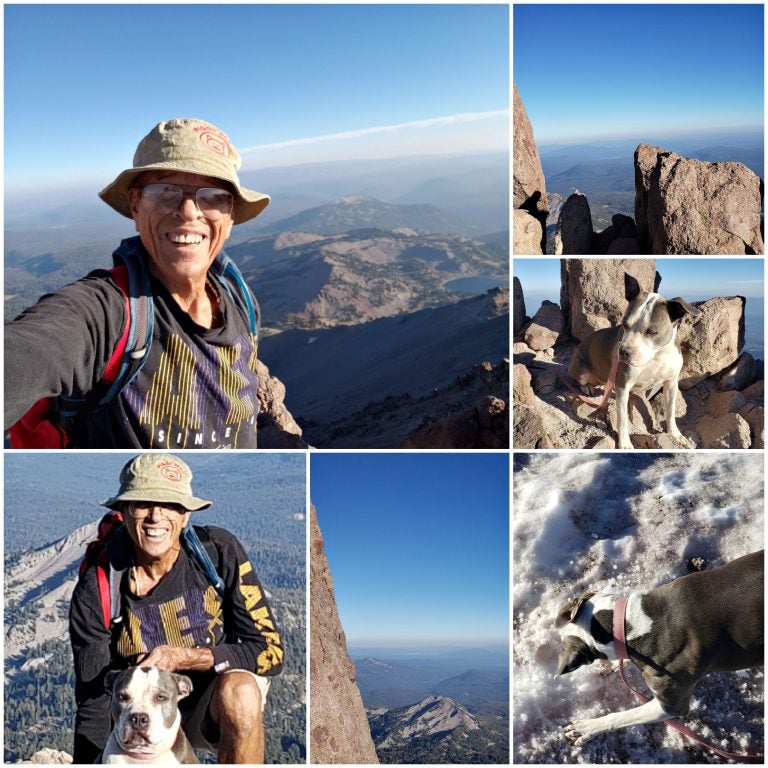 A rough hand of cards

Steve Chadwell may not be a poker player, but he knows a bad hand when he’s holding one. Over the past seven years, Chadwell suffered a career-ending back injury, a freak compound fracture, and cancer that came from out of nowhere to crush his spirits yet again. Any of the ailments and some of the resulting treatments could have easily killed him. But despite his streak of misfortune, Chadwell refused to stop fighting, and won’t back down in the face of future adversity. In fact, at age 62, he’s placing his biggest bet yet: on hope.

Chadwell left Clear Lake, Iowa, because he couldn’t stand the cold. Don’t get him wrong: It was a beautiful place for a kid to grow up, try his hand at hunting, fishing, and camping, and develop a lifelong love for nature.

After a brief stint in Charleston, South Carolina, where he served in the Navy near the end of Vietnam, Chadwell moved to California to paint houses. He soon became licensed in water distribution systems, managing wastewater treatment plants throughout Northern California. He settled in Forestville, where he got married and raised a family. After a divorce, he moved to Yuba City and joined the town’s public works department.

Through it all, his profession afforded him the opportunity to indulge his active side during his downtime. He hiked, biked, ran, and explored. Then he hit a roadblock in 2011. In a routine procedure on the job, Chadwell was replacing a commercial water meter and removing material with a vacuum hose when, suddenly, he fell to the ground and suffered a back injury that would render him 34 percent disabled, according to the state of California. In one fell swoop, "I was forced to more or less retire," he says.

The accident put Chadwell on the mend for years. But in time, he successfully rehabbed to the point where he was considering a return to the workforce—all while training to run a half marathon. His body, he deemed, was back. And since you can’t keep an adrenaline junkie down, Chadwell decided to head out on a bike ride from Yuba City to Sutter one day in December 2014.

He can’t quite remember what happened next. On his way back home from Sutter, he thinks he was signaling to make a left-hand turn when he heard a car horn approaching and saw the accompanying headlights increasingly closer. In a flash, Chadwell tried to move to the road’s median, but he wasn’t quick enough. The car crashed into him, sending his body and bike flying through the air.

Chadwell briefly blacked out and awoke in the middle of the road, desperately scrambling to kick his bike off of him with his good leg—he landed awkwardly on the other one—and crawl far enough to flee the cars in the distance that could run him over. But as soon as he had assurance from a stranger that traffic had stopped, he realized the world of hurt he was in.

The verdict: a compound fracture of the left femur. "It’s supposed to be the worst pain you can go through," he says. He’d later be proven wrong. Chadwell laid in the hospital for 12 days, then endured grueling physical therapy for the next five weeks as he learned to walk again with a rod in his femur and a screw in his knee. Two months with a walker became two more with crutches, which led to eight more with a cane.

All told, Chadwell went through about a year and half of rigorous rehab to repair himself. But there he was at the end of it pounding the pavement once more. "None of that was going to stop me," he says.

And then cancer did.

His worst card yet: cancer

It was just a little bump, just below his jaw. Chadwell’s girlfriend at the time, a nurse named Francisca, chalked it up to a swollen lymph node, but urged him to see a doctor anyway. Within a couple of weeks, the bump grew bigger, so he obliged.

With his luck, Chadwell should’ve known what was coming. The ear, nose, and throat specialist’s biopsy came back positive for cancer. Even though the exact kind was to be determined, it was still the Big C. And yet, Chadwell didn’t meet the news of his diagnosis with fear, anger, or complaints of "Why me?" His immediate reaction was much more measured.

"I don’t consider myself to be super religious," he says, "but I am a spiritual person. So I said, 'Okay, God, I know you didn’t save me from that car accident just so I could die of cancer.' And I don’t know if he directly spoke to me, but this thought come through my head that said, 'You’re right. You’re going to get through this.' So why not believe it?"

But believing you’re going to beat cancer is different from facing it every day, Chadwell says. In 2017, as he began seven straight weeks of daily radiation treatments and weekly chemotherapy infusions for the human papillomavirus at the base of his tongue, he realized a compound femur fracture was a cakewalk compared to chemo. "Physically, it was the worst pain I’ve ever felt," says Chadwell. "I mean, I was basically poisoned to the brink of death. They took my body down as far as it could possibly go."

Before his diagnosis, Chadwell weighed 215 pounds. As the chemo ravaged his body, he rapidly dropped weight and bottomed out in the low 140s. His malfunctioning salivary glands meant he could barely eat anything by mouth, and even when he did manage to get something down, it inevitably came back up. "Since everything tasted bad," he says, "I just didn’t want to eat anything."

Doctors placed Chadwell with a gastrostomy tube (G-tube) to help him receive proper nutrition during his treatment. While his original formulas did their basic job of keeping him alive, his body had trouble absorbing them. Meanwhile, as he resumed running and tried to build back some of the strength he had lost, it was clear he was going to need better long-term nutrition.

That’s when a friend recommended Kate Farms. After trying a sample of the plant-based formula, "my body just loved it," says Chadwell, who is a vegetarian. He was looking for a formula that would mix well with his homemade juice blend—a fusion of kale, apple, cucumber, celery, and ginger—and was thrilled to find a match in Kate Farms. "They play together in my tube just like old friends," he says.

Now cancer-free, Chadwell still can’t eat much orally—although he recently had a mean cauliflower-crust pizza. He’s back at a healthy weight (161 pounds) and "learning to test the limits of my new normal." That means working his way up to a regular running regimen, even if his current 12:30 mile time is a far cry from where it used to be.

His new favorite outdoor activity: backpacking treks with his 7-year-old pitbull, Anela. On these walks, Chadwell doesn’t soul-search as much as look for spots where he can appreciate the splendors of his surroundings and the serendipity of his life. Here in the wilderness, he’s a much different person than he has been for the past seven years—curious, happy, healthy, and hopeful.

Hope, he says, is the best weapon anyone can possess. "It may be hard when everything in your life starts to get different, but you have to remember to keep the negative out," he says. "Negative attracts negative. Always stay positive," he adds, "and do the things you really love as much as you can."

And, of course, no matter how dire the odds, never fold. 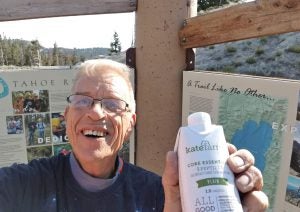