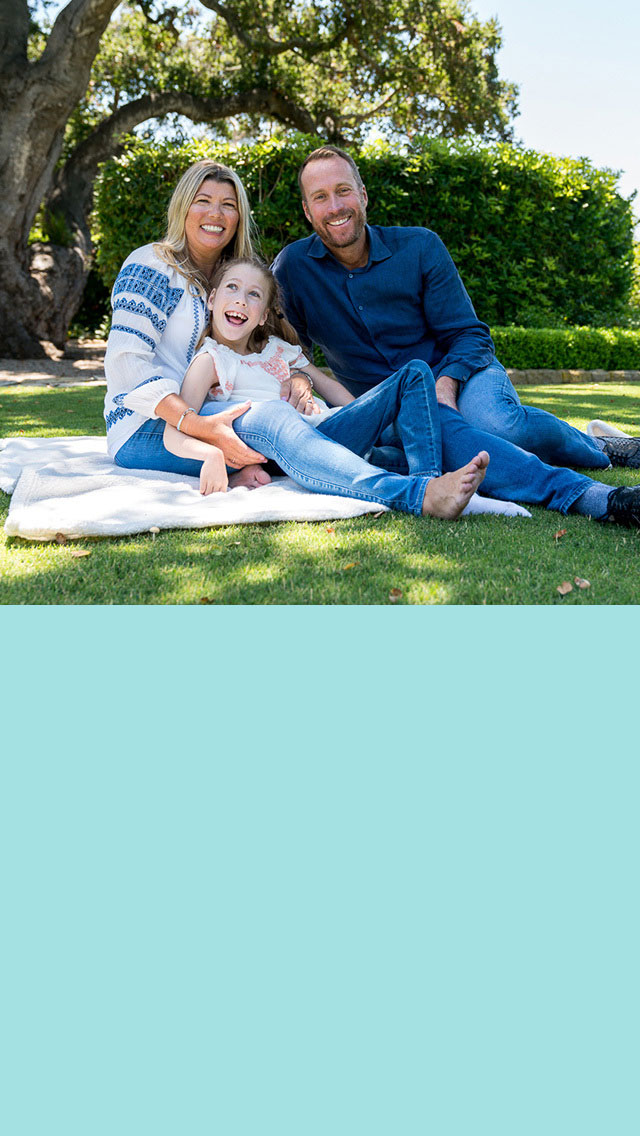 How it all began

Kate arrived in the world early and small. At two weeks old, an MRI scan showed a tiny black dot on her brain, and as time passed Kate wasn’t meeting her milestones. Eventually the diagnosis was made – Kate had cerebral palsy, a movement disorder that can also involve a learning disability. Because the condition made eating difficult for Kate, her doctors placed a feeding tube and put her on a liquid meal replacement formula when she was three years old.

It wasn’t long before the formula – manufactured by large legacy companies and the only ones available in hospitals at the time – began to take its toll on Kate. But the time Kate turned five, she weighed only 15 pounds. Her hair was falling out, her skin was gray, and she was lethargic. Kate was fading away and was placed on a feeding tube.

Richard and Michelle were frustrated that they got to eat fresh, healthy food while Kate had to make do with formulas with the first five ingredients being water, sugar, corn syrup, maltodextrin and casein.

It was a lightbulb moment. Why would we serve the sickest, most vulnerable people the least healthy food? Tearing off the label of the formulas that Kate was consuming, and shoving it in his pocket, Richard and a friend, who was a vegan chef, headed for the local organic grocery store.

On a life-saving mission

After looking at the label and replacing each ingredient with better organic sources of plant-based proteins, carbohydrates and fats, and removing the common allergens, they turned to their blender and tried more than 70 different recipes from scratch. Richard was also committed to making the formula taste good, which is rarely a consideration for product delivered via feeding tube. Richard and Michelle wanted to be able to share a meal with their daughter, so the formula had to appeal to them and to Kate.

It was the 71st variation of their recipe that showed real promise: Kate’s hair became shiny again, she was clear-eyed and pink-cheeked. Her digestion and sleep both improved and her energy levels returned. Kate got a little taste of the shake on her tongue, with her parents drinking theirs right alongside her. It seems like such a small thing, but it was monumental for the family. At the dining table, they were all the same.

With Kate improving daily, her parents turned to the experts and tapped their knowledge to make the shake even better. They submitted the new shake to a panel of pediatric nutritionists and dietitians and began gathering feedback, making adjustments–-fine tuning the lipid levels, boosting the iron content, strengthening the amino acid profile.

The Kate movement is born

By this point, other people had heard of Kate’s shake and began asking for it. Richard realized, "This isn’t about just Kate anymore. It’s about the thousands, maybe millions, of other Kates out there who aren’t being given the right food." It was clear that the new kind of shake they had created for their daughter might offer a powerful answer to the systemic problem of poor medical nutrition. And thus, Kate Farms was born.

Kate Farms evolved from one family’s life-saving mission, to a team 200-strong. We serve organic plant-based nutrition shakes and formulas to hundreds of thousands of children and adults, helping them along their journey towards health. We have a wide variety of products that help support the nutritional needs of those with gastrointestinal issues, food allergies, weight gain or maintenance issues, and other conditions like diabetes or during dialysis. Kate Farms also provides a meal replacement nutrition shake for overall health and maintenance.

Our namesake Kate just turned 15, and has lived on Kate Farms as her sole source of nutrition since she tasted the 71st version of Richard’s and Michelle’s original recipe.

Your stories are our reason

Nicole Sams: "How I Stay Safe and Sane During COVID-19"