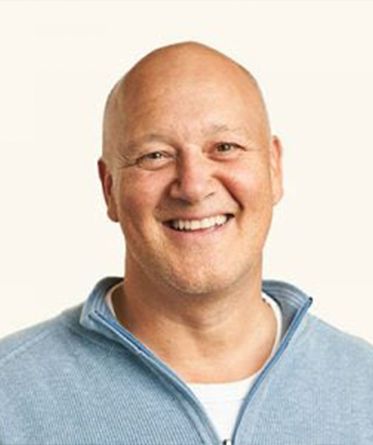 Brett has built a strong culture and team, focusing on bringing a higher standard of nutrition into health care so that people can live their best life.

Brett began his career in 1988 in brand management in the healthcare division of Procter & Gamble after graduating from Dartmouth College. In 1990 he became Vice President of On Target Media (now Patient Point) specializing in point of care marketing and patient education. In 1992 he co-founded Imagitas with his wife Ginger Salazar and was Chairman and CEO from its founding to successful sale to Pitney Bowes in 2005. Imagitas created public private partnerships with federal and state governments, along with many Fortune 500 companies. The Carlyle Group and Bain Capital were minority investors. After the sale, Brett spent a decade in philanthropy, board service, and investing. Brett’s son had severe health issues in high school, and proper nutrition was critical in his healing. Brett learned about the power of food to heal and invested in Kate Farms in 2014, became Chairman and later CEO.