Everything you need to know about how your body digests and uses the protein you eat.

Protein digestibility refers to how well your body can use a particular source of dietary protein. Specifically, it predicts how many amino acids—the building blocks of a protein—can be put to use by the body after the protein source is digested and absorbed.

In addition to digestibility, a protein’s amino acid composition also determines how a protein source will affect your body. Your body needs 20 amino acids to survive, and it can’t synthesize (produce) nine of them by itself. The latter acids are called essential amino acids, or EAAs. "Complete proteins" are those with all nine EAAs.

When you hear about "protein digestibility," it’s often in concert with amino acid composition. We’ll focus on digestibility for now, but note that it’s only half of the equation.

Why some proteins are digested differently

A few factors impact how well your body digests a protein source. First is amino acid composition. Casein and whey protein both come from cow’s milk, but whey is digested faster, which is part of the reason it’s favored by weight lifters and athletes looking for quick muscle gains via protein synthesis.

When examining the composition of whey versus casein, the Journal of Sports Science & Medicine noted that whey has more glutamine and leucine, two amino acids that influence muscle protein metabolism. The extra glutamine and leucine means the amino acids from whey protein are absorbed into the bloodstream faster than casein, although casein’s slower digestibility means it’ll make you feel full longer than if you’d eaten whey.

Processing can also alter a protein’s digestibility, according to the Journal of Nutritional Health & Food Engineering. Thermal processing and fermentation can begin breaking down the peptide bonds between amino acids. Animal proteins tend to be more digestible, but processing plant proteins can break down plant cell walls and speed digestion. Processing can also remove inhibitors that would otherwise prevent enzymes in the small intestine from breaking down specific proteins, including those in peas, lentils, and eggs.

How protein digestibility is measured

Protein digestibility is typically not measured on its own. Also important is a protein’s amino acid bioavailability, or the proportion of amino acids available for use after digestion and absorption. The combined measurement is called the Protein Digestibility Corrected Amino Acid Score (PDCAAS), and it’s been the standard for assessing a protein’s quality since 1989.

As explained by the Food and Agriculture Organization of the United Nations, the PDCAAS evaluates how well a protein source suits our amino acid requirements and examines how effectively we can digest it. The process for calculating a PDCAAS score is two-fold. First, nutritionists compare amino acid composition against the amino acid requirements of a 1- to 2-year-old child, which is considered the most amino acid-demanding age.

After that, the PDCAAS score is corrected for how well that protein source is digested. The correction is based on "true fecal nitrogen digestibility," as the amount of nitrogen in your poop indicates how much of the protein source was digested. The PDCAAS method isn’t perfect as it doesn’t account for unabsorbed amino acids that get converted into other compounds and don’t show up on the fecal digestibility correction, but it still provides a solid representation of a protein source’s overall quality.

Scores of 1 represent the highest-quality proteins, in that they equal or exceed the 1- to 2-year-old’s amino acid requirements. Protein sources with scores lower than 1 don’t contain enough of one or more EAAs to be complete proteins.

Looking at the above table, you’ll notice that the top-scoring proteins are animal-based, with soy being the sole exception. Animal protein sources tend to contain adequate levels of all nine EAAs, whereas non-soy plant sources are deficient in one or more EAA. Animal sources are typically digested faster than plant protein sources as well.

However, the research is clear: A plant-based diet is healthier overall. After analyzing the food data and health records of more than 30,000 people, Harvard scientists discovered that eating more plant-based protein is linked to a lower risk of early death over the 32-year follow-up. Plus, when the subjects swapped 3 percent of their calories from processed red meat for plant-based protein, their risk of death over the course of the study dropped by 34 percent.

The other issue is food allergies. Milk, which includes both casein and whey protein, is one of the most common. Egg allergies are widespread as well. The good news is that a balanced, plant-based diet can produce complete proteins from multiple incomplete sources—and will be free of all common food allergens. 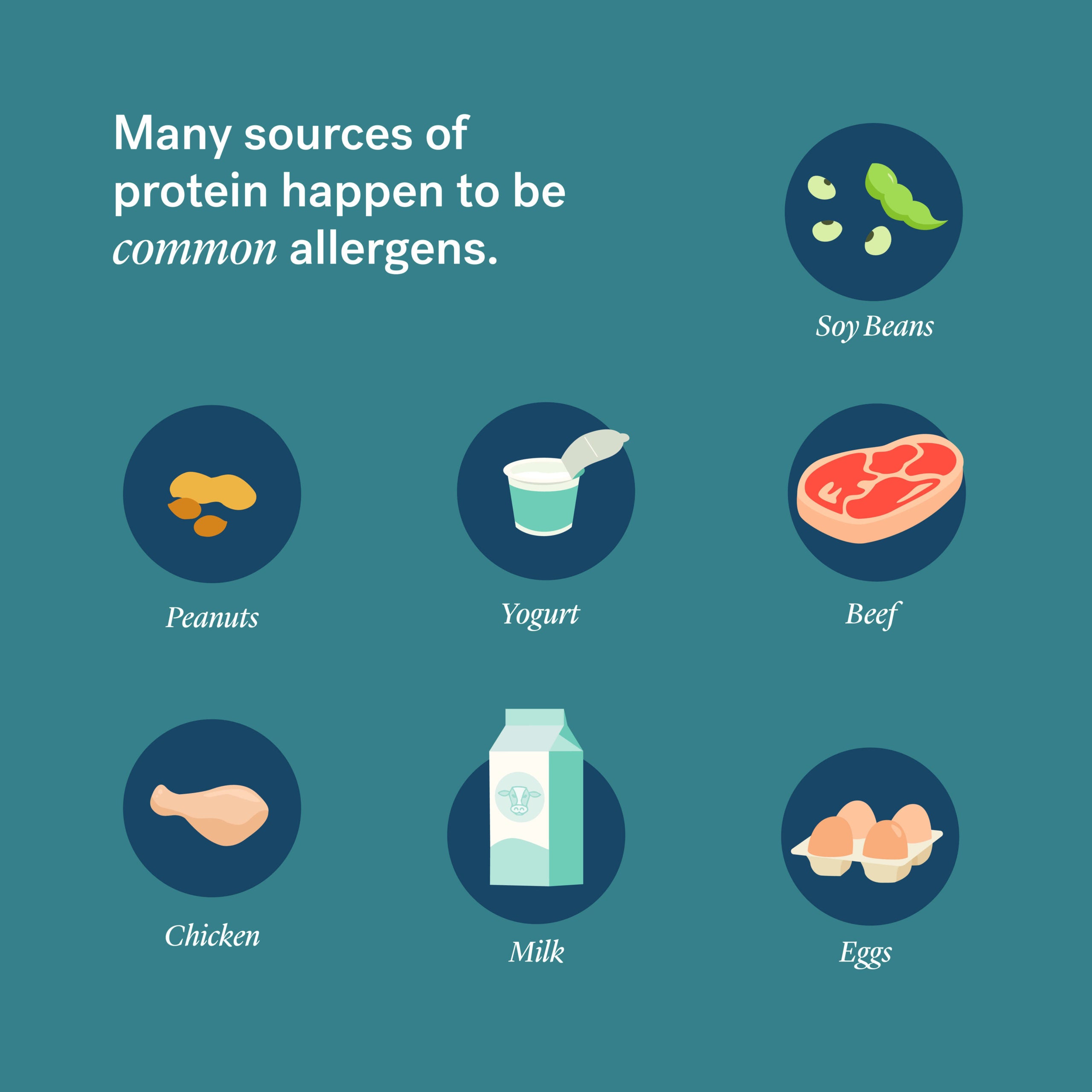 A misnomer in understanding protein digestion is that you have to get complete proteins from one source or one meal. In reality, you have all day to hit your requirements for each of the nine EAAs.

Many plant-based sources aren’t considered "complete" proteins because they’re lacking in one or two EAAs. But two or more incomplete plant sources can be combined to make a complete protein source. 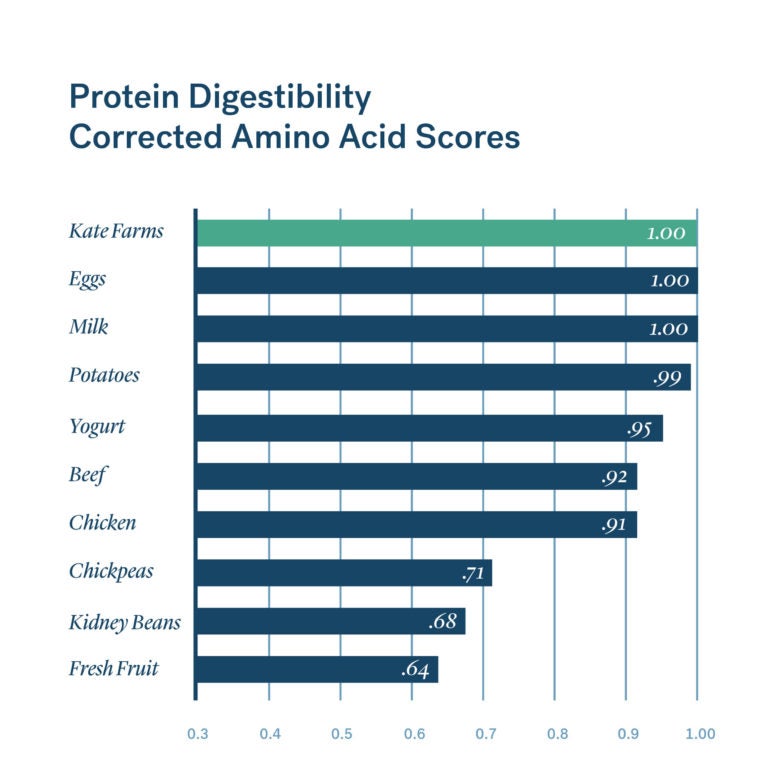 For plant-based complete proteins, try these recommendations from the FDA and the American Society of Nutrition.

Here are some examples of popular plant-based meals that provide complete proteins:

If you are under a doctor’s care and need a peptide formula, check out our Peptide Formulas to learn about products, free samples, insurance coverage, and talking to your doctor about how peptides may be used in your treatment plan.

If you are not a medical patient and are just looking for great health knowledge, be sure to try our nutritious and delicious Kate Farms Nutrition Shakes, featuring organic pea protein, powerful phytonutrients, and more.