A chance encounter with Kate Farms changed her mindset—and her prognosis. 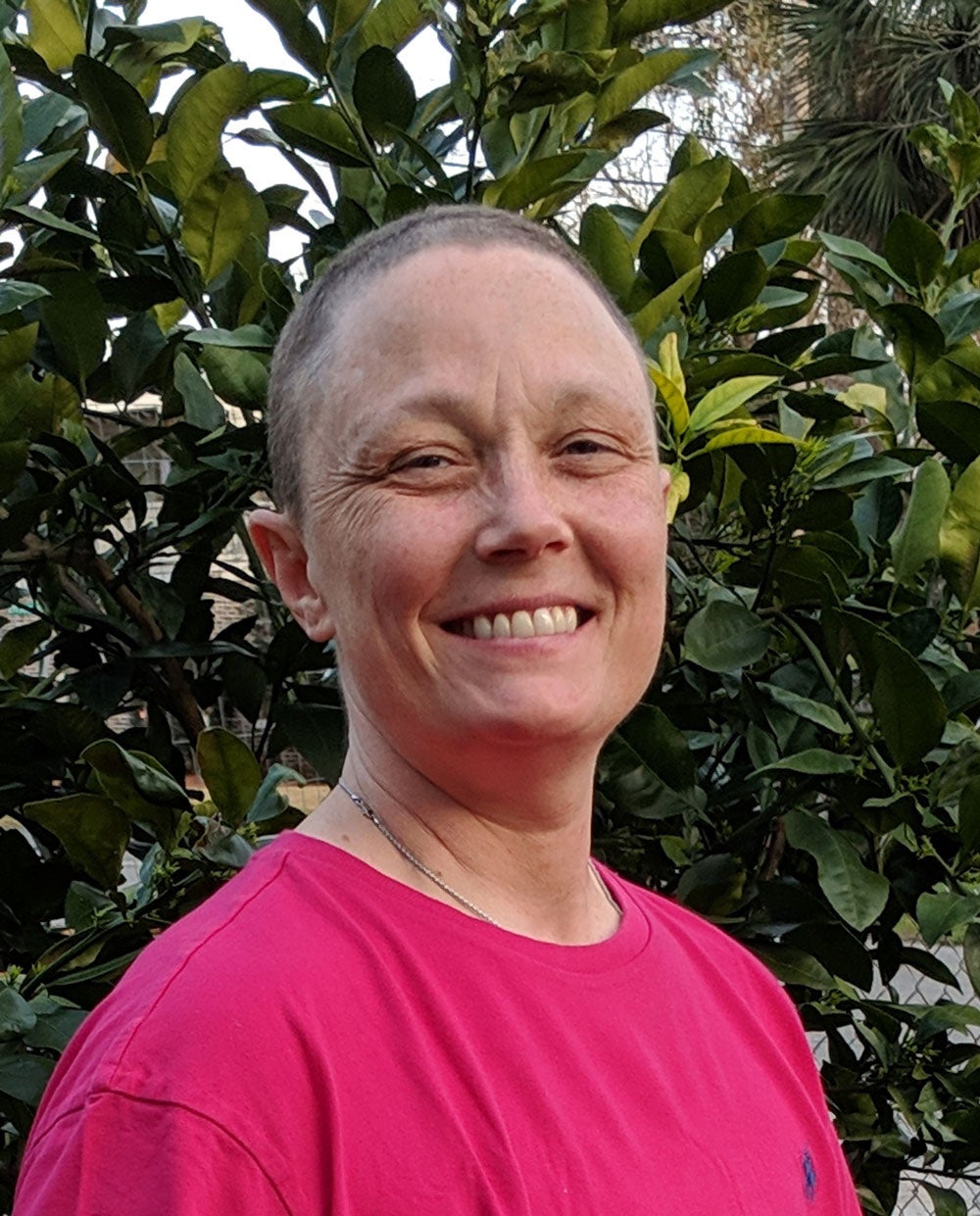 Jennifer Hill played fastpitch softball for North Dakota State. She served in the Army and has been a police officer. She co-owns a small business. She has five dogs and a cat. In other words, determination has never been a problem. That quality served her well in May 2018, when she was diagnosed with triple-positive breast cancer, after testing her estrogen, progesterone, and human epidural growth factor 2 (HER2) receptors.

Hill has dealt with fibrocystic breast tissue all her life, but one lump wasn’t going away. An ultrasound found a pair of two-centimeter tumors in her left breast. A month later, surgeons removed 11 lymph nodes, four of which were positive. They also performed a double mastectomy and found three additional seven-centimeter tumors.

"The cancer I have takes a while to start growing, but once it does, it explodes," Hill says.

Hill went through six rounds of chemotherapy from July to December, and 25 rounds of radiation in December and January. Until recently, she was traveling from her home in Savannah, Georgia, to the Cancer Treatment Centers of America outside Atlanta for immunotherapy every three weeks. She also takes a Letrazole pill daily to lower estrogen production and reduce the chance of recurrence.

The chemotherapy took the biggest toll. She lost every hair on her body and 45 pounds from her muscular 5-foot-9 frame. "I also went from feeling fine to feeling completely awful," Hill says. Her bones have a constant dull ache as if the tip of her elbow is always bruised. At work, she can keep her mind occupied. But at home, her body stiffens up and she feels like she has the flu.

There are two other consequences for the 47-year-old. "The world’s worst menopause ever," Hill says. "My hot flashes are out of control. They melt you from the inside out. I get pink and the sweat pours out." 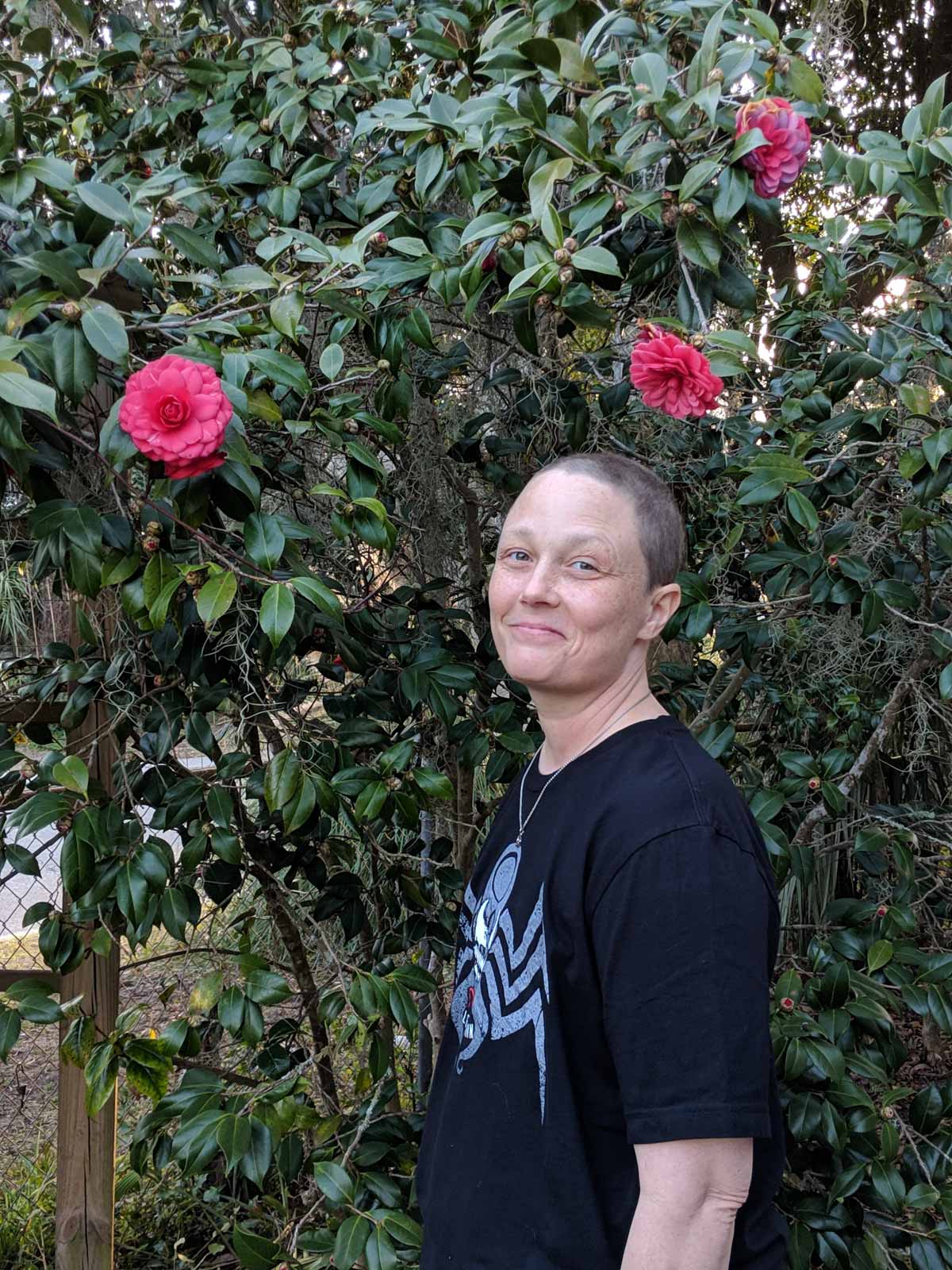 To add to Jennifer's difficulties, food became unappealing and she never knew what would stay down. Few calories meant little energy. She couldn’t go out her friends or walk her dogs. She would just stay at home. "You literally feel like you’re dying in chemo," she says. "You start feeling hopeless."

That’s when a dietitian at the cancer center offered her a Kate Farms shake. She enjoyed it, and her body tolerated it. "It put me in tears," Hill says. It also took away a lot of worries. With no family history or genetic markers for cancer, she guesses that environmental factors or food was the cause. She wants to be vigilant about the calories that go into her body.

Previously, she could barely get out of bed during the first 10 days after a chemo treatment, and even after that, had no energy to leave the house. Now she can sit up and think clearly, meet friends and walk her dogs. Her mindset has shifted too. "I’m finally able to think, I have a chance to recover," she says.

Even with chemo over, she still starts each morning with a Kate Farms shake. It gives her the energy to exercise, since keeping her weight down allows her to stay on medication and continue to improve.

"Before, mornings were horrible," Hill said. "I couldn’t get going. Now I can." She’s learned to cut herself some mental slack as well. She was obsessed with trying to figure out why she got cancer, but realized it wasn’t time well-spent. Uncertainty is an unavoidable part of this awful disease. Rather than fighting it, she rides it out.

Kate Farms is proud to partner with the Physician's Committee for Responsible Medicine on their 2019 Let’s Beat Breast Cancer campaign. To learn more about breast cancer, and the role that plant-based nutrition plays in prevention, you can visit: https://www.pcrm.org/letsbeatbreastcancer.