Here’s what parents and caregivers need to know: causes, signs and symptoms, and potential treatments to discuss with a doctor. 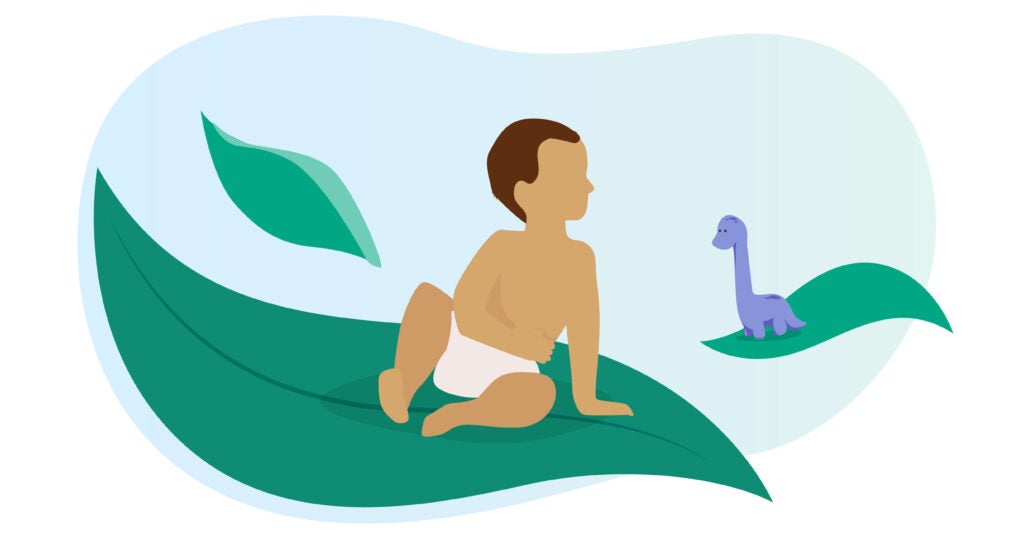 Every parent is familiar with growth charts—and many dread them. Pediatricians use these charts to measure a child’s height and weight in relation to their peers, and record the child’s growth trajectory over time.

"Especially during the first year of life, healthy kids grow rapidly and steadily," says Rob Danoff, D.O., a family physician and director of the family practice and emergency medicine residency programs at Philadelphia’s Aria Health System. "If we see on the growth charts that a child isn’t staying on track with height or weight, we know it can have lasting implications, and we call that 'failure to thrive.'"

According to the Handbook of Developmental Psychopathology from doctors at Boston University and the University of Southern California, failure to thrive (FTT) could more accurately be called "growth faltering." While slow growth gains may seem like a small issue to some parents—especially when the child in their arms feels so perfect in every way—experts know that even minor growth delays can signal the presence of significant underlying health issues.

Think of a newborn as an arrow in an archer’s bow, and healthy adulthood as the target. In the early stages of life, even very small shifts in the arrow’s trajectory—tilting its flight path up or down—can result in missing the target altogether. Likewise, small issues with growth may result in large difficulties down the road.

The classic FTT pattern is for a child’s weight to drop off first, followed by height, and then head circumference, Dr. Danoff says. "During the first four months, a baby’s weight should double," he explains. "So even during the first few weeks, if we don’t see a baby hitting its marks and gaining weight, we really worry."

But what actually causes FTT in the first place? Experts group the triggers into three categories.

When an underlying condition makes it difficult for a child to properly digest or utilize nutrients from foods, malabsorption is the root cause of FTT.

The specific causes of malabsorption are numerous. For example, pancreatic insufficiency and impaired peptide transport are two conditions linked with poor absorption of dietary proteins, says a study from Indiana University. Crohn’s disease, celiac disease, cystic fibrosis, and pancreatitis are all conditions that could also result in malabsorption.

Some health issues ramp up a person’s energy expenditure to the point that calorie intake—even if the child is eating well—doesn’t meet the body’s demands. Asthma, for example, can make it difficult for a child to breathe. The child then needs to use more energy to draw air into the lungs and convert it to oxygen in the blood.

Congenital heart disease, chronic pulmonary disease, and hyperthyroidism are more health conditions that result in excess calorie burn, and so can lead to FTT, shows research in the Korean Journal of Pediatrics.

In these cases, kids are struggling to consume enough food to satisfy their body’s needs. Potential causes include early problems with breastfeeding (specifically "latching") and cleft palate, which can interfere with an infant’s ability to eat. Doctors may also point to a condition called oral-motor aversion, or a child’s fear or dislike of putting something in their mouth.

What are FTT’s signs and symptoms?

Along with growth issues, Dr. Danoff says the specific symptoms of FTT depend on the age of the child. For example, if by one month an infant isn’t gazing at something new or shiny, or isn’t reacting to loud sounds, these signs could indicate FTT.

"By two months, I’d be looking to see if a baby smiles or laughs, can follow something with its eyes, and grasp or hold things placed in its hands," Dr. Danoff says. By three months, a baby should be able to bring objects to their mouth, and by six months they should be sitting without support and picking up dropped objects.

Dr. Danoff is quick to note that different babies develop at different rates, and any of these symptoms alone isn’t reason to be alarmed. But if a child is consistently failing to hit these monthly benchmarks, and at the same time losing weight or failing to gain weight adequately, "that’s when we become concerned," he says.

How is FTT treated?

As you might expect, the treatment plan depends entirely on the child’s specific symptoms, Dr. Danoff says. But in many cases with kids who qualify as FTT, doctors start by prescribing liquid nutrition—either taken by mouth, or via tube feeding—to help boost nutrient and calorie intake.

A lack of adequate nutrition makes several newborn and childhood conditions worse, Dr. Danoff adds. That’s why your doctor may say liquid nutrition is the best step to addressing an FTT patient’s challenges. But you need to consult with your pediatrician to determine the first step and subsequent treatment steps for your child.